Documentation is now available to highlight test processes used by the CAS project and developers/contributors. The newest addition is the availability of functional/browser testing mechanisms that are backed by the Puppeteer framework. The test scenarios that are designed are executed by the CAS continuous integration system and will be improved over time to account for advanced use cases such as ensuring protocol compatibility and other variations of the authentication webflow.

WebAuthn FIDO2 multifactor authentication can now, optionally, act as a standalone factor for primary authentication, for user accounts and devices that have an existing registration record with CAS. 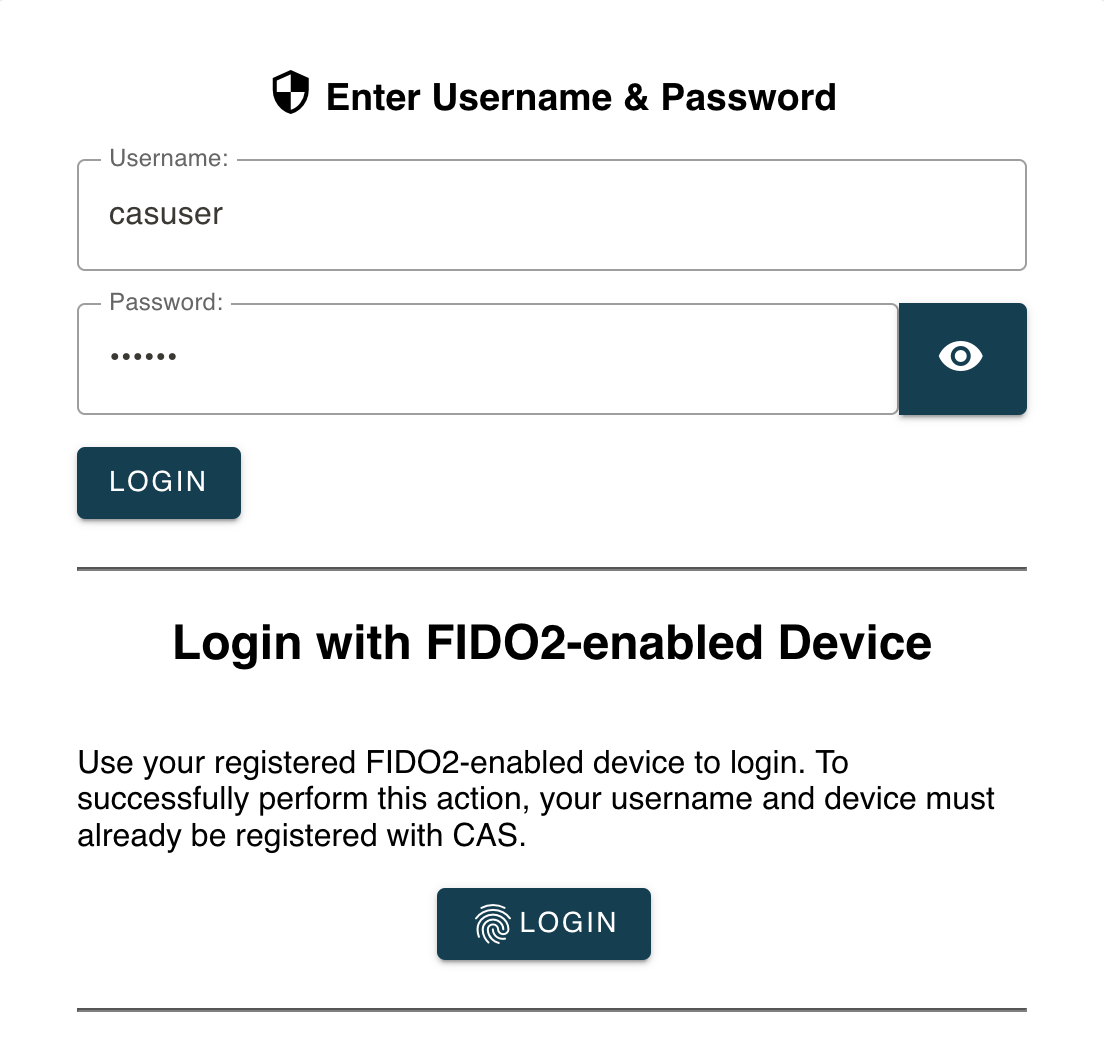 QR Code authentication is a strategy that allows the user to scan a QR code, generated by the CAS server, using a mobile device and subsequently login after having successfully validated it.

CAS test coverage across all modules in the codebase has now reached 90% and continues to climb. Additional validation rules are also applied to fail all pull requests that fall below this threshold.