The following commandline boolean flags are supported by the build:

The build is automatically wired to compile .scss files into .css via a Gulp. To let this step successfully pass, you may need to install gulp and npm, which the build should automatically do. See the Build section for more info.

CAS development may be carried out using any modern IDE. 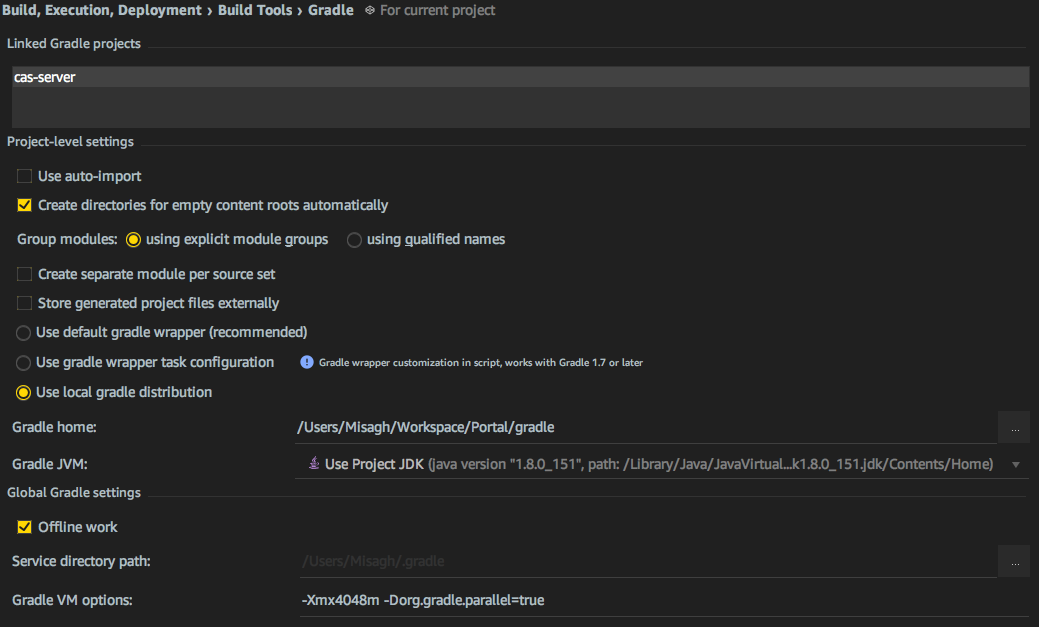 You may also need to adjust the ‘Compiler’ settings so modules are built in parallel and automatically:

To test the functionality provided by a given CAS module, execute the following steps:

The CAS project comes with a number of built-in modules that are pre-configured with embedded servlet containers such as Apache Tomcat, Jetty, etc for the server web application, the management web application and others.

The thekeystore file must include the SSL private/public keys that are issued for your CAS server domain. You will need to use the keytool command of the JDK to create the keystore and the certificate. The following commands may serve as an example:

In order to get a full report on dependencies, run the following command at the root:

CAS uses Travis CI as its main continuous integration tool. The build primarily is controlled by the .travis.yml file, defined at the root of the project directory.

The following special commit messages are recognized by Travis CI to control aspects of build behavior:

Travis CI is mainly responsible for the following tasks:

The build is triggered for automatically for all pull requests, direct commits, etc where different policies may apply for each change type.