The construction of Spring beans (as defined by the @Bean annotation) managed via auto-configuration classes has been enhanced to support configuration refresh requests specially when beans are activated conditionally using a property value via the likes of @ConditionalOnProperty. This allows a bean to remain in a disabled state using a JDK dynamic proxy so that it can later on be replaced with a real implementation when/if configuration is refreshed.

Modest support for feature toggles is now available to allow multiple competing modules to be present the same web application where they can be toggled on and off va dedicated flags and settings. This could previously be handled via excluding specific CAS @Configuration classes which was risky and prone to breakage during upgrades as such classes are always considered an implementation detail. Starting with this release candidate, a specific feature can be enabled or disabled via a dedicated setting allowing all configuration modules and components to react accordingly without one having to know the internal details.

JMeter scripts used to run performance tests for CAS running as an OpenID Connect Provider are now integrated with the CAS CI system to ensure the test script and the functionality under test continues to run smoothly.

Several Docker images used for integration tests are now updated to their latest versions. These include:

Actuator endpoints exposed to or controlled by CAS can now be observed and managed via the HAL Explorer: 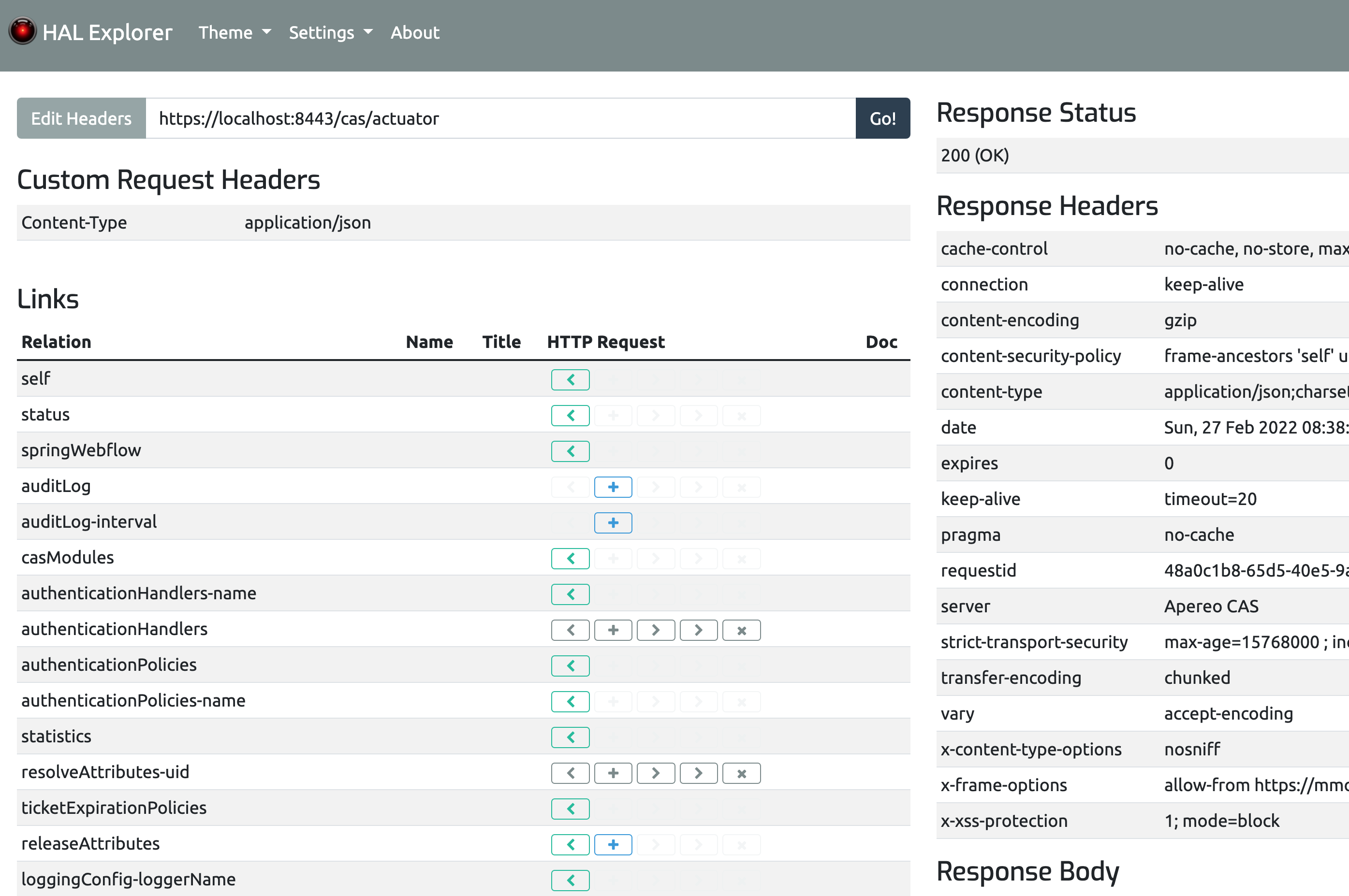 The collection of end-to-end browser tests based on Puppeteer continue to grow to add additional scenarios. At this point, there are approximately 255 test scenarios and we’ll continue to add more in the coming releases. Test coverage has also slightly improved and now stands at 93%.