The collection of algorithms specified in the CAS configuration for signing and encryption operations of ID tokens are now taken into account when CAS responses are produced for ID token and user profile requests. Furthermore, settings and values declared in CAS configuration for OpenID Connect discovery are now taken into account when responding or validating requests. These include supported scopes when building attribute release policies for each OpenID Connect scope, supported ACR values, response modes, prompt values, response types and grant types.

Integrations with Bucket4j such as those that throttle authentication attempts or request simple multifactor authentication tokens are now able to construct and allocate buckets for individual requests as opposed to preparing a global bucket for the entire server instance. The allocation strategy is specific to the client IP address.

Support for feature toggles is now extended and handled by all CAS modules.

Also in a situation where CAS is supporting open client registration, it will now check to see if the logo_uri and policy_uri have the same host as the hosts defined in the array of redirect_uris.

The Groovy redirection strategy for delegated authentication is now modified to receive a list of all available providers upfront for better performance, in case the script needs to handle repeated tasks.

You will need to examine the script you have today and rewrite certain parts of it to handle the signature change.

As part of routine dependency upgrades and library maintenance, the version of the Spring Framework used by CAS is also bumped to remove the threat of the RCE vulnerability discussed here.

The collection of end-to-end browser tests based on Puppeteer are now split into separate categories to allow the GitHub Actions job matrix to support more than 255 jobs. At the moment, total number of jobs stands at approximately 277 distinct scenarios. Furthermore, the GitHub Actions builds are now modified and improved to support running Puppeteer-based tests on Windows and MacOS.

CAS may also allow individual end-users to update certain aspects of their account that relate to password management in a mini portal like setup, such as resetting the password or updating security questions, etc. 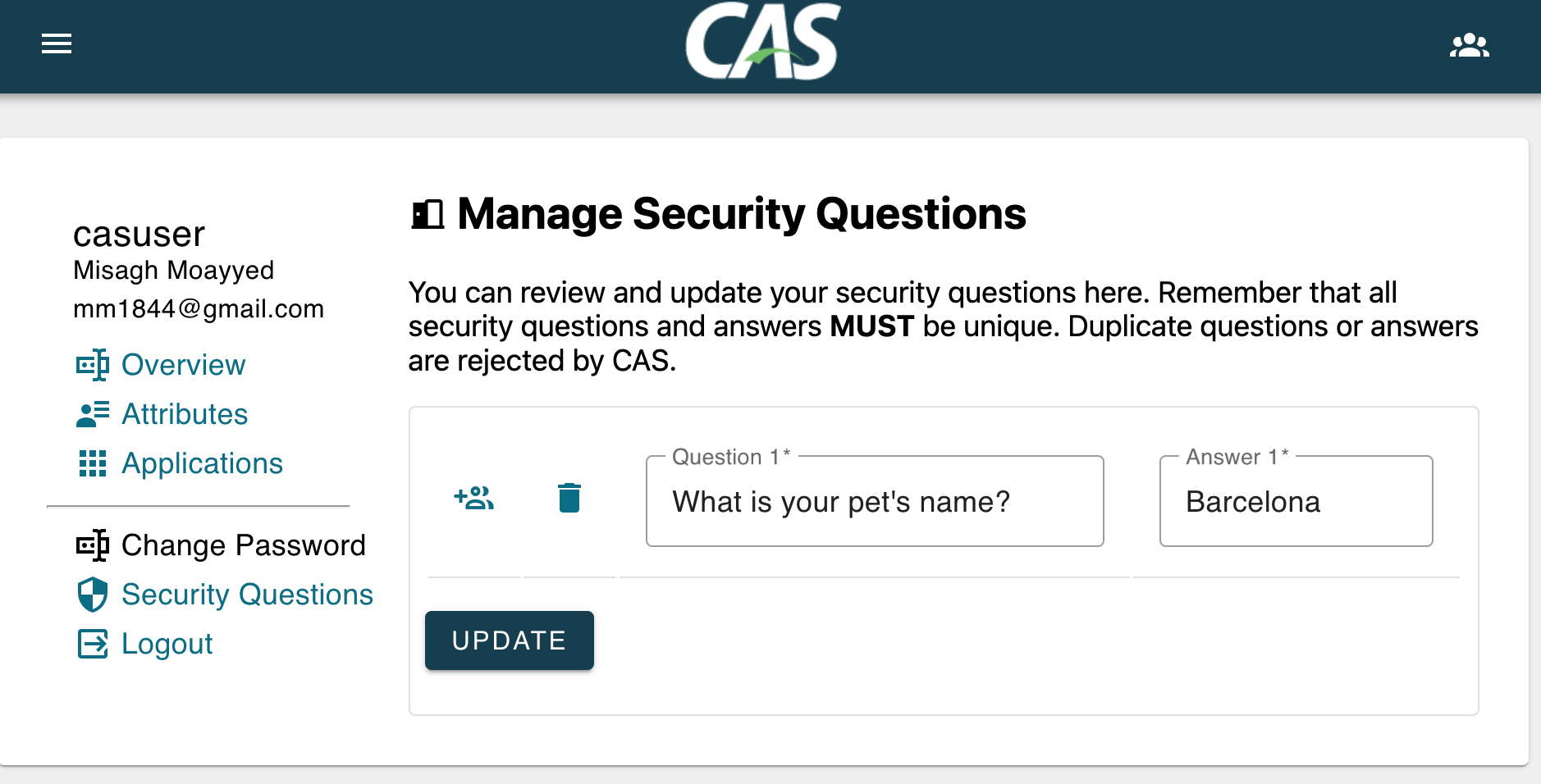 Authentication requests can be mapped and geo-tracked to physical locations using Groovy scripts.

CAS now allows to encrypt the Google Authenticator scratch codes to protect their values. This is enabled when the following key is set: cas.authn.mfa.gauth.core.scratch-codes.encryption.key. You must notice that while the encrypted scratch codes are still numbers, they are in fact encrypted forms of the same scratch code encoded as large numbers. Note that previous, existing scratch codes will continue to work as they did before.

You may need to massage the underlying data model to account for this change. See notes below on how to handle this for relational databases.

In case you are managing device registration records in a database, the scratch_codes column in the scratch_codes table in the database needs to be updated. For example for PostgreSQL, you must run this SQL command to alter the column from an int4 to a numeric:

This should be very similar for other databases: you need to migrate the column type from integer to numeric.