Tuesday, Mar 3, 2020
7 minute read
Collaborate
The blog is managed and hosted on GitHub. If you wish to update the contents of this post or if you have found an inaccuracy and wish to make corrections, we recommend that you please submit a pull request to this repository.

The official CAS 6.1.0 GA was released in October 2019. Since then, the project has been moving forward with the development of the next feature release that is tagged as 6.2.0. Please review the release policy to learn more about the scope of the release. This post intends to highlight some of the improvements and enhancements packed into the third release candidate in the 6.2.0 series.

If you are looking for additional info on the previous release candidate, please see this post.

We strongly recommend that you take advantage of the release candidates as they come out. Waiting for a GA release is only going to set you up for unpleasant surprises. A GA is simply a tag and nothing more. Note that CAS releases are strictly time-based releases; they are not scheduled or based on specific benchmarks, statistics or completion of features. To gain confidence in a particular release, it is strongly recommended that you start early by experimenting with release candidates and/or follow-up snapshots.

In order to start experimenting with release candidates, at any given time, you should be able to append -SNAPSHOT to the CAS version in order to take advantage of snapshot builds as changes are made and published.

In the gradle.properties of the overlay, adjust the following setting:

The bootRun Gradle build task is now restored and made functional for the CAS overlay.

Passwordless Authentication is now broken down to dedicated modules for LDAP, JPA, etc to handle user and/or token management.

Initial baseline work on WebAuthn Support has begun, and while the changes are still in progress and have not landed in the codebase yet, there is a fair amount of progress made to make WebAuthn available as another form of multifactor authentication in CAS. It is expected for this feature to finalize before the final GA release.

Integration with Google Apps is now deprecated and scheduled to be removed in future releases.

The Open ID protocol is now deprecated and scheduled to be removed in future releases.

Passwordless Authentication can now conditionally skip the normal passwordless flow and fallback onto the usual cas authentication flow, challenging the user for a password.

Attribute definitions can now be defined centrally with additional metadata relevant for each protocol.

Thymeleaf templates and all other CAS views in general are transformed to use Material Design. 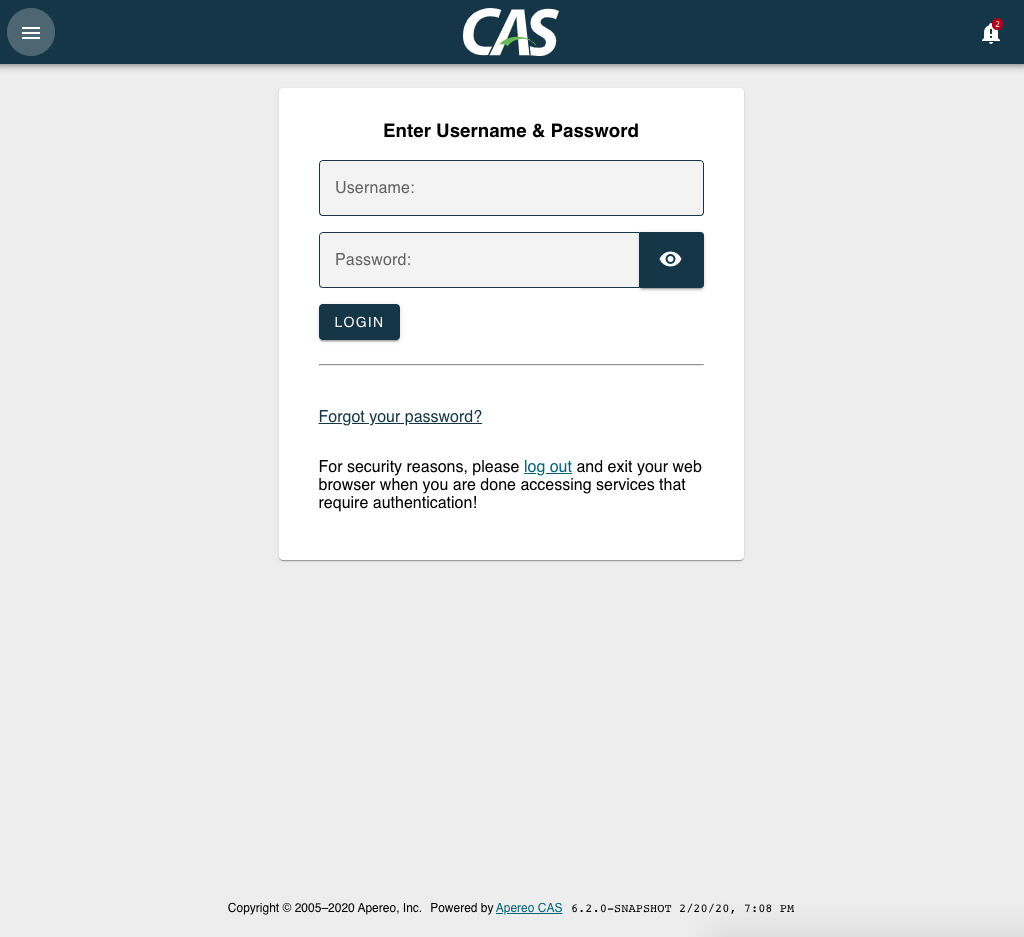 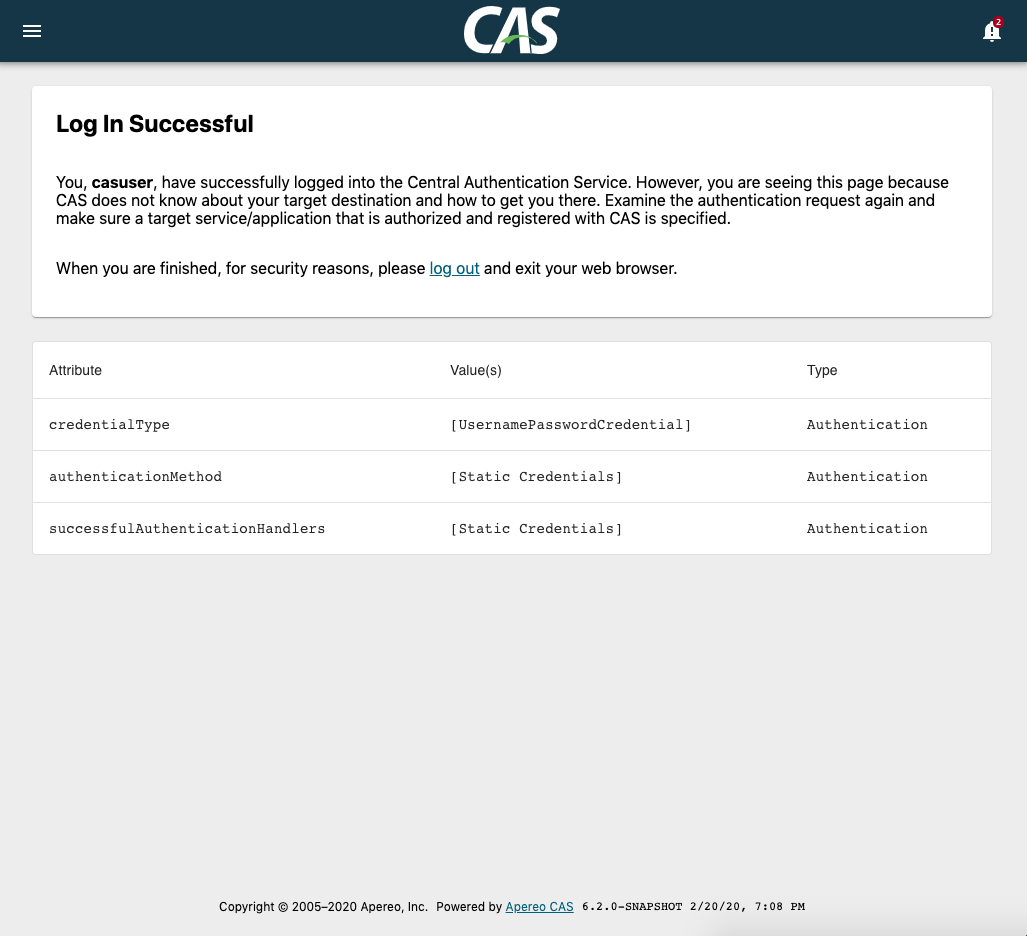 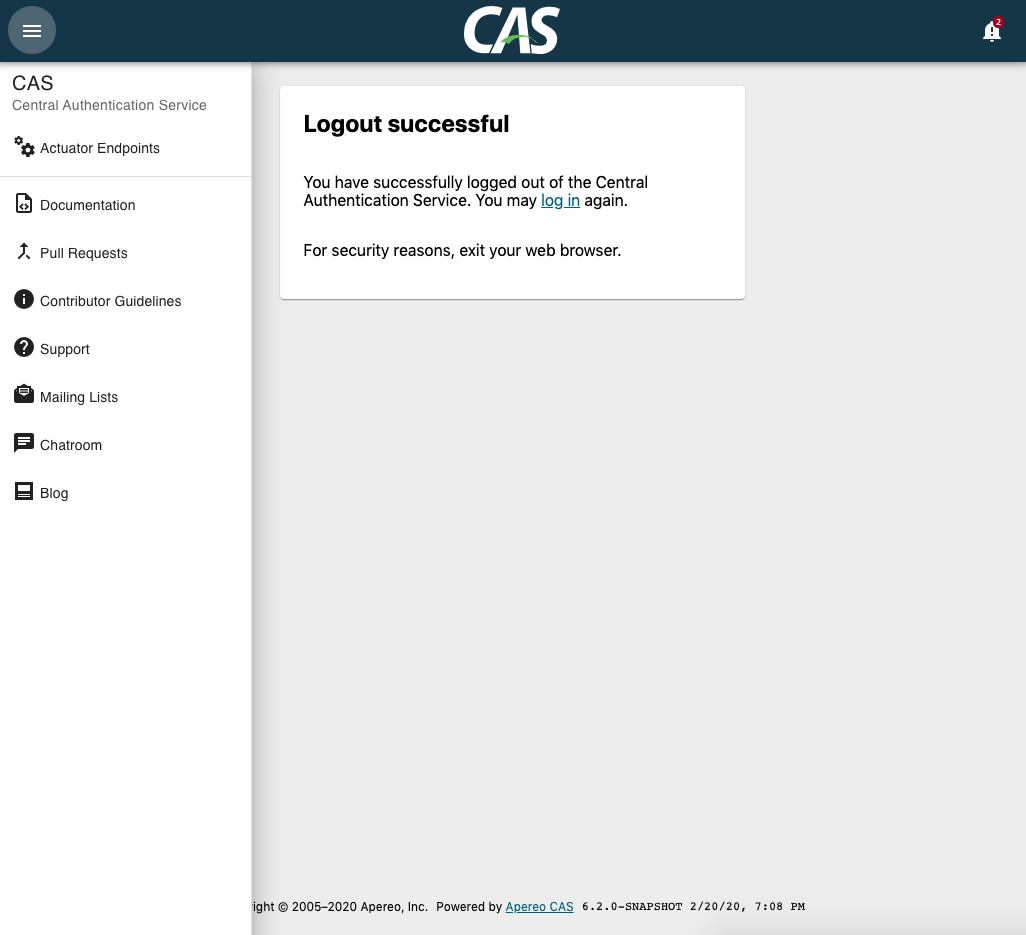 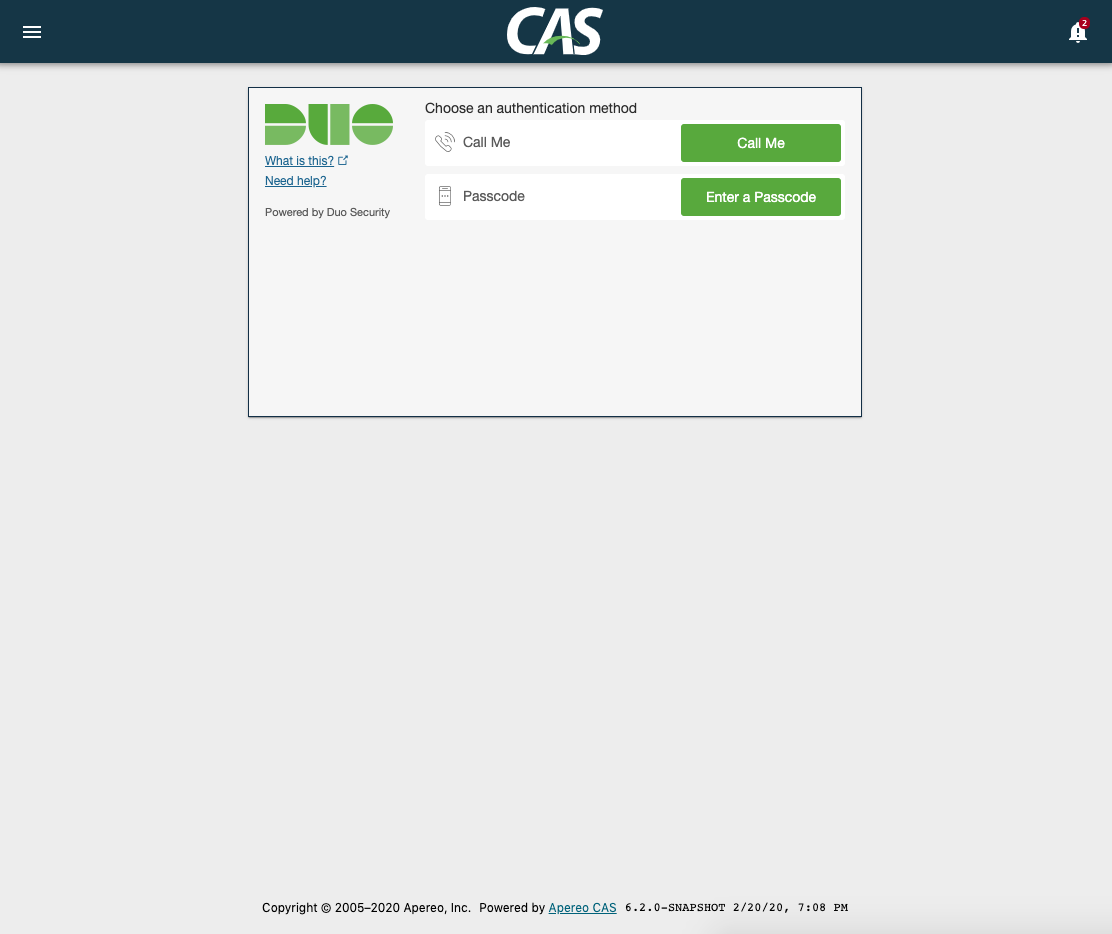 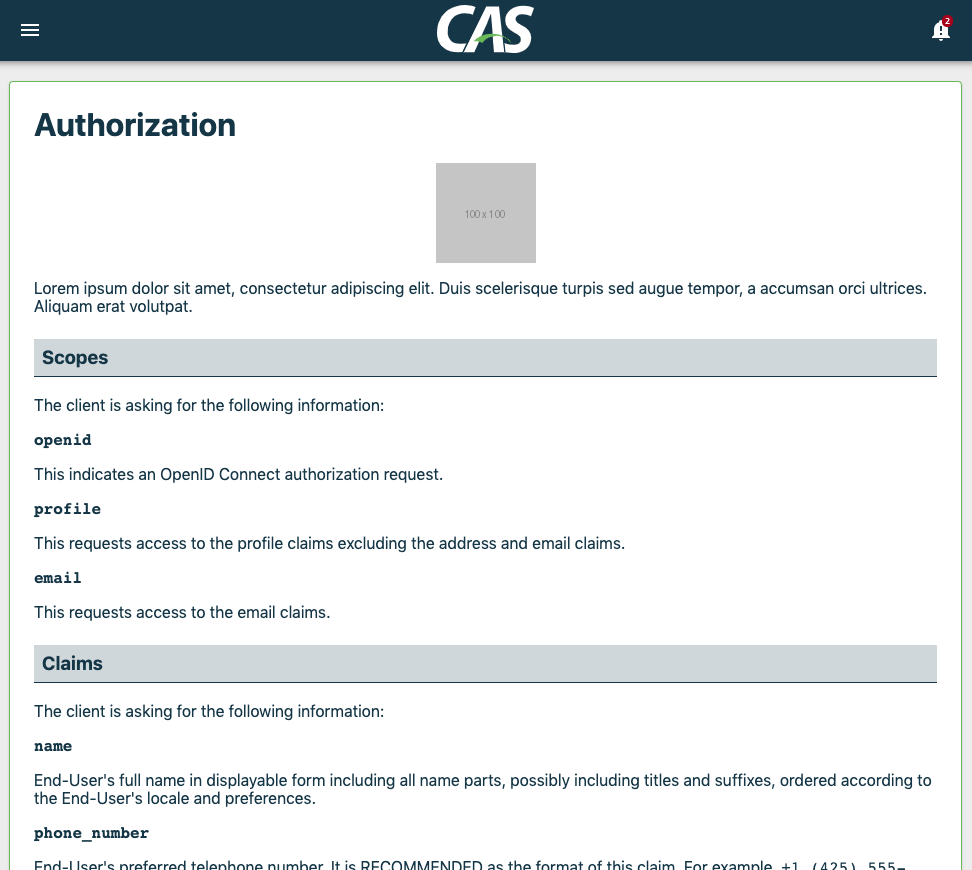 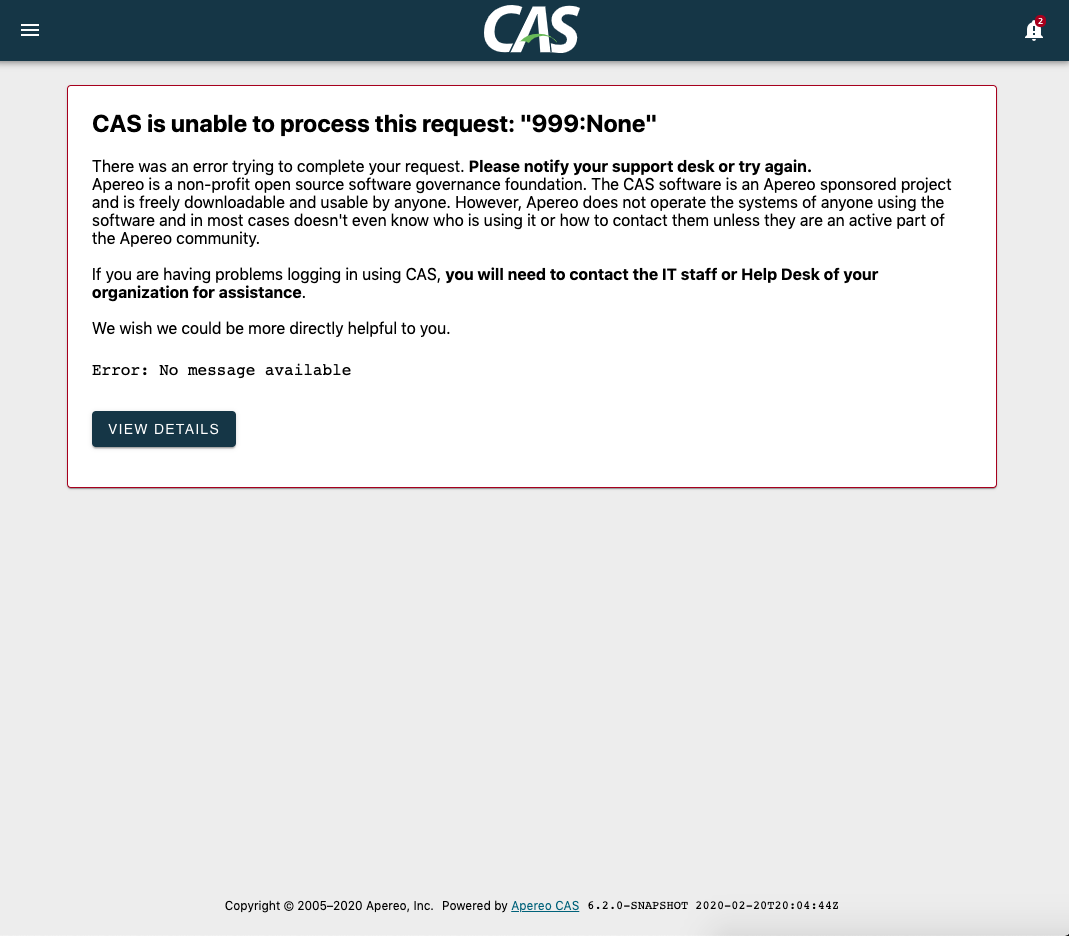 A new multifactor authentication bypass strategy is now available, where multifactor bypass can be activated for the registered application if the authenticated principal contains an attribute with the specified value(s).

The Hazelcast library mainly used a ticket registry is now upgraded to version 4. Take a look at the release notes published by Hazelcast to learn more available features. The upgrade mainly affects the CAS configuration schema for Hazelcast features, specially when it comes to integrations with the Hazelcast management center.

The configuration server available in CAS and backed by Spring Cloud is now also able to fetch CAS settings using a REST API.

Thymeleaf views and related message bundles are moved onto a new dedicated module for cas-server-support-thymeleaf to allow for maximum reuse and modularization. This is purely an internal change and should not affect deployments or overlays.

Big thanks to all who participate in the development of this release to submit patches and contribute improvements. Keep’em coming!

Learn how to resolve and select authentication handlers based on configurable and flexible filtering criteria.

Learn how to manage SAML2 service provider registrations in CAS and override metadata artifacts on a per-application basis.