Monday, Oct 16, 2017
8 minute read
Collaborate
The blog is managed and hosted on Github. If you wish to update the contents of this post or if you have found an inaccuracy and wish to make corrections, we recommend that you please submit a pull request to this repository.

The official CAS 5.1.0 GA was released on May 27th 2017. Since then, the project has been moving forward with development of the next feature release that is tagged as 5.2.0. This post intends to highlight some of the improvements and enhancements packed into the fourth release candidate in the 5.2.0 series.

You can read more about the previous release candidate here.

We strongly recommend that you take advantage of the release candidates as they come out. Waiting for a GA release is only going to set you up for unpleasant surprises. A GA is simply a tag and nothing more. In order to start experimenting with release candidates, use the following strategies.

At any given time, you should be able to append -SNAPSHOT to the CAS version specified in order to take advantage of snapshot builds as changes are made and published.

In the pom.xml of the overlay, adjust the following tag to match below:

In the gradle.properties of the overlay, adjust the following setting to match below:

CAS is now integrated with coveralls.io to report back test coverage statistics. The propduced report will help to identify areas that need more attention in terms of QA and verification. As of this writing, CAS stands at 43% test coverage and that number will continue to grow in the coming months with the addition of test cases and fine-tuning of the reporting tool to skip and ignore relevant areas.

The attribute resolution interface presented as part of CAS dashboard now allows for one to test authentication and observe the CAS payload that might be released to a registered application in the CAS service registry, indicating various protocols. 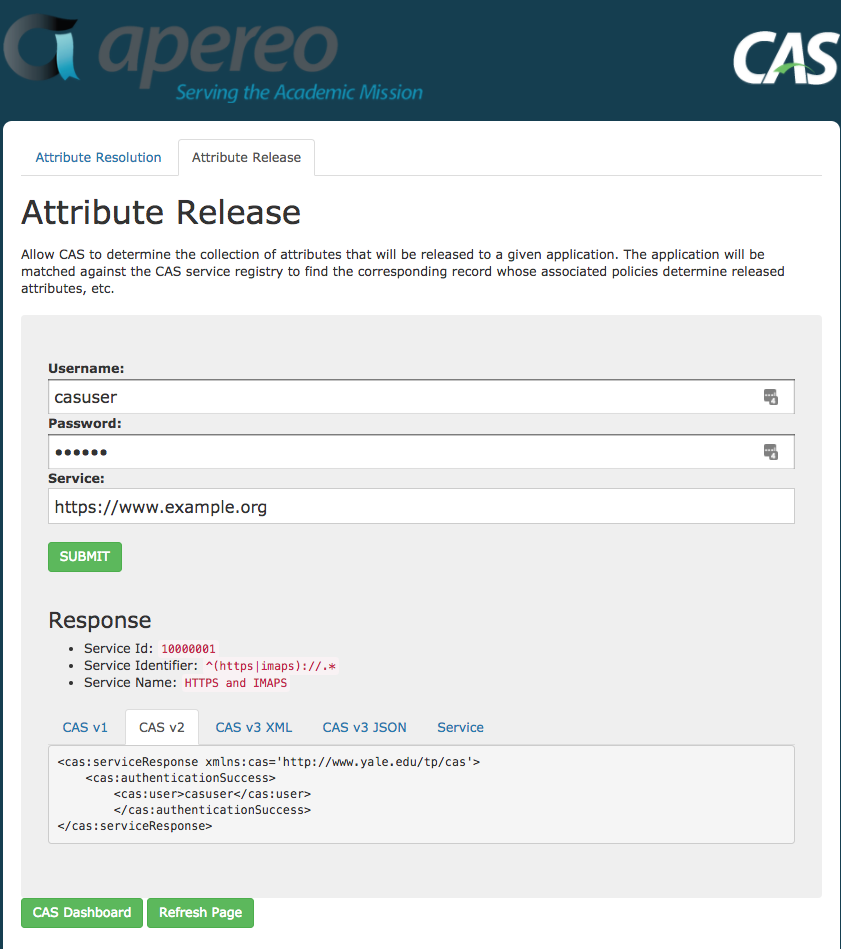 Thanks to @tsschmidt, the registered service definition model is now able to support contacts. Support for contacts is also made available in the management web application. 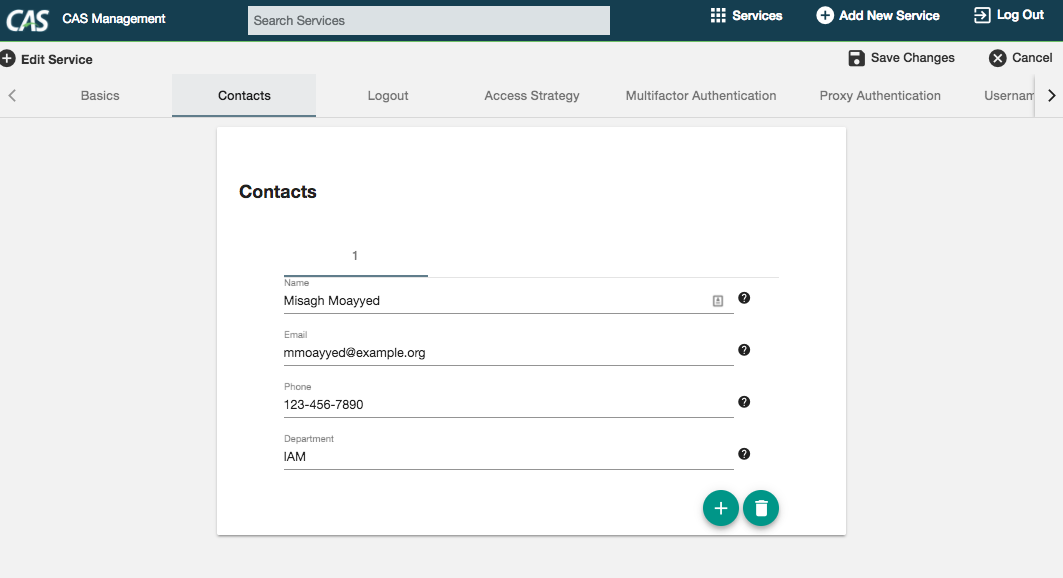 Thanks to @tsschmidt, attribute value filters are now also supported in the CAS management web application: 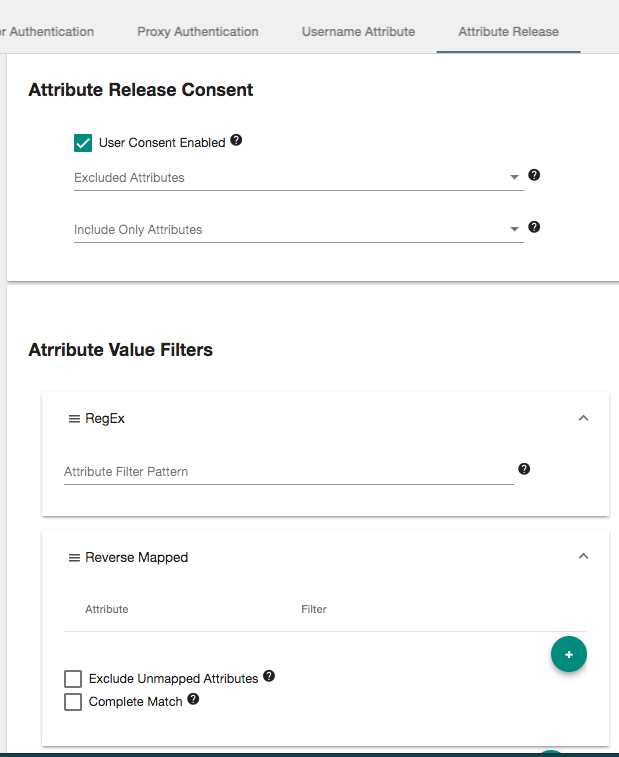 Thanks to @tsschmidt, UX continues to see improvements and minor bug fixes. Time and availability permitting, we are working to include workflow and wizard functionality into the interface.

Redis Sentinel provides high availability for Redis. In practical terms this means that using Sentinel you can create a Redis deployment that resists without human intervention to certain kind of failures. Redis Sentinel also provides other collateral tasks such as monitoring, notifications and acts as a configuration provider for clients.

Thanks to @ozayduman, components in CAS that integrate with Redis such the Redis Ticket Registry or the Redis Service Registry are now extended to support Sentinel for better HA configuration.

A new ticket registry implementation is now available which based on JMS with support for a variety of messaging systems such as ActiveMQ, Artemis, etc.

Additional options are now exposed that control the rendering of the OAuth user profile.

Beware
This may be a breaking change. Consult the docs to learn more.

Attribute consent functionality no longer applies a SHA-512 hashing function to attribute names and values. The consent decisions are now limited to signing and encryption only. With the one-way hash removed, CAS now presents the functionality underneath to decrypt records and present them back to the user in form of administrative dashboards and user interfaces, allowing users to revoke or modify a decision.

Attribute consent can now be managed via an externally-defined Groovy script for easier extensibility and customizations.

Service definitions are now given the ability to expire on a designated date.

Thanks to @tsschmidt, the management web application also supports this capability too:

CAS password encoders are now allowed to be defined as a Groovy script to assist with designing custom encoding schemes. 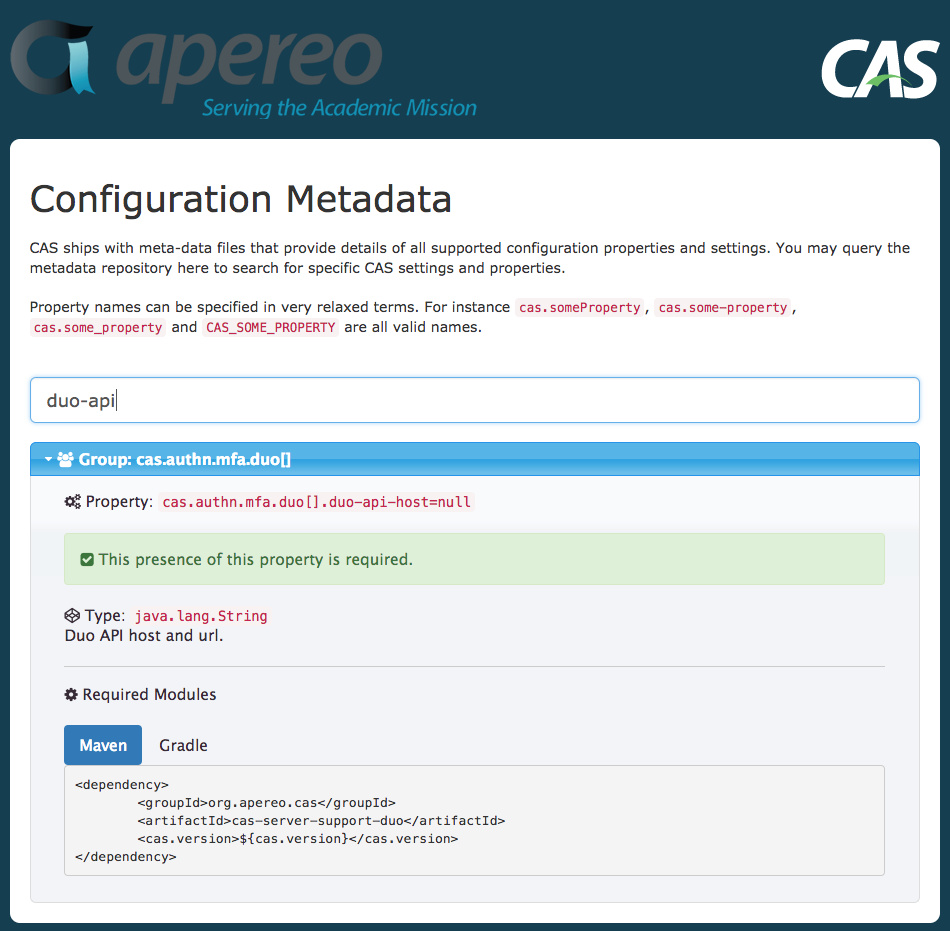 Most if not all CAS properties are annotated with @RequiredProperty and @RequiredModule which are then picked up by the metadata generation process and translated for REST APIs, etc.

CAS metrics may be routed to varying types of databases for storage and analytics.

Managing service definitions may also be carried out via a REST implementation of your choice.

Big thanks to all who participate in the development of this release to submit patches, report issues and suggest improvements. Keep’em coming!